The Project
I was asked to create “photos” of a product being used in a way which it was impractical to actually photograph. What to do?

In these cases, the only sane option is to hire me to do a digital composite. A digital composite often appears to be a photograph, but it is really much closer to an illustration. Photographs are combined as a part of a digital composite, but many details, such as shadows and reflections need to be created. The realism (or lack) of these details are what makes a viewer perceive the image as authentic, or just “off” for reasons they may not be able to articulate. I want to create a realistic image, that never happened.

My task was to illustrate a series of steps for cleaning a spill of potentially bio-hazardous liquid inside a biological safety cabinet (BSC). This particular BSC is an NU-425, manufactured by NuAire, Inc.

I had a stock photograph of a broken laboratory flask: 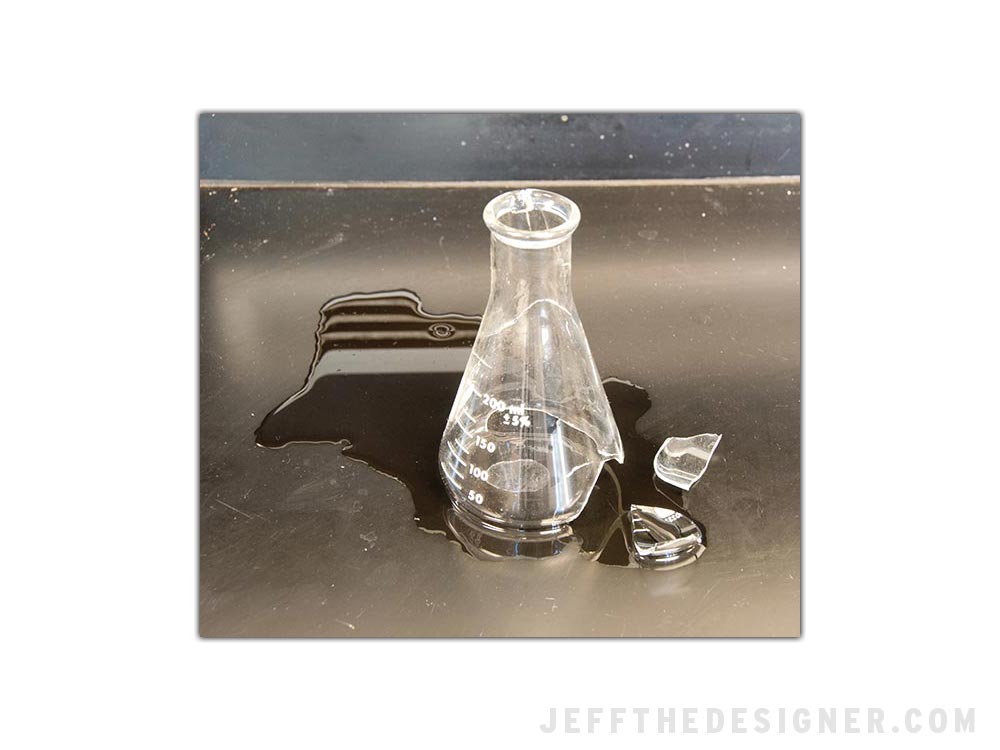 I also had a photograph of the inside of an empty BSC: 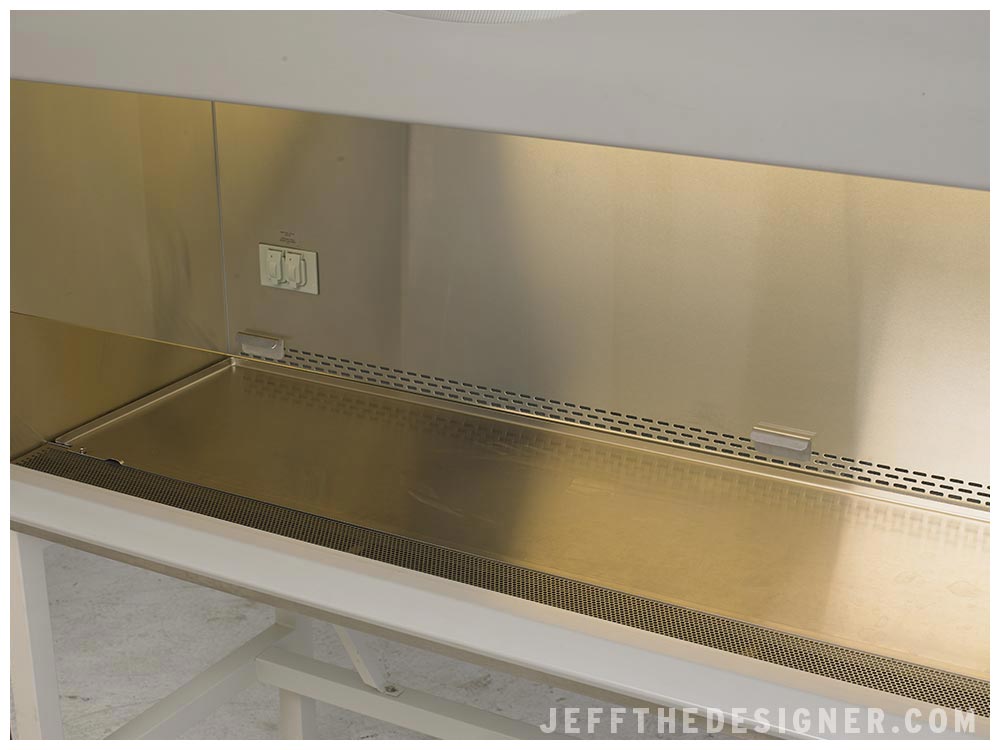 I created an image of the broken flask in the interior of the BSC and a second image where the broken glass has been removed (below). 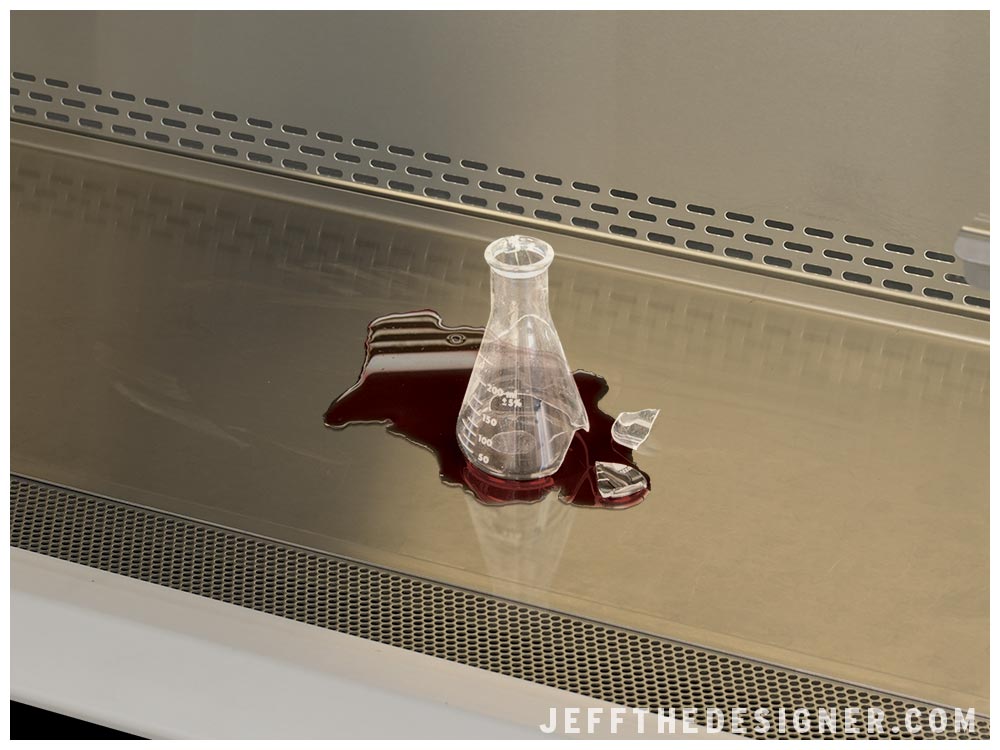 I also created an image which shows the spill being absorbed by paper towels which are soaked in disinfectant. 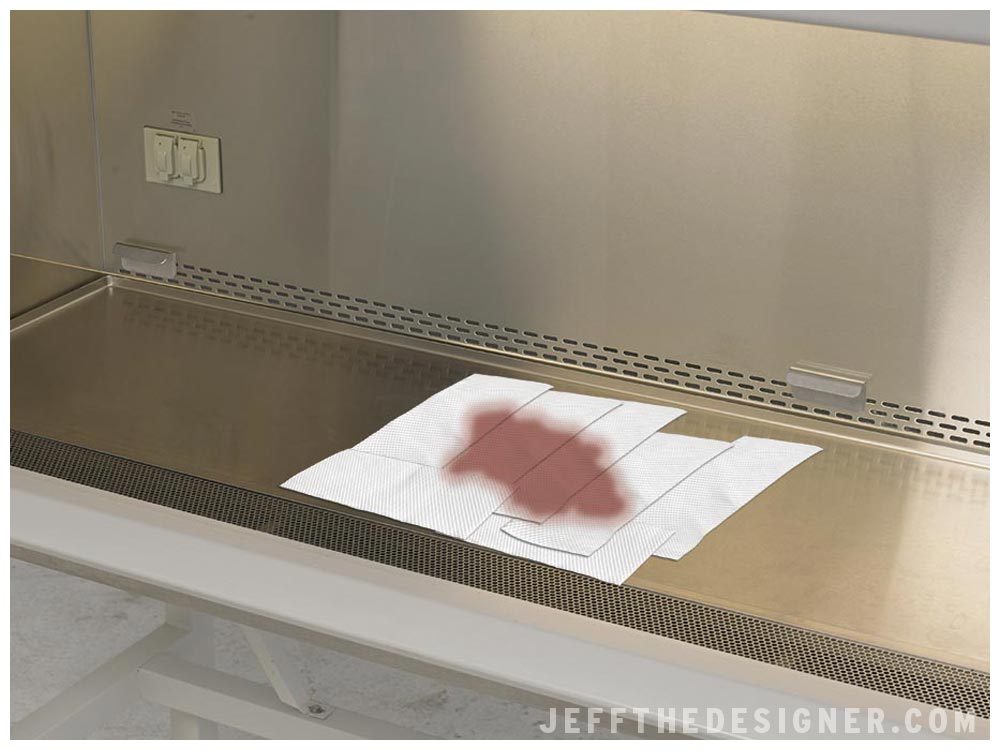